India’s largest drugmaker Sun Pharmaceutical Industries Ltd said it had received a warning letter from the US Food and Drug Administration for violating manufacturing standards at its Halol plant in western India.
The warning indicates the agency is not satisfied with the remedial measures Sun Pharma has been taking at the plant since last September when the FDA first highlighted issues at the plant after an inspection.
Sun Pharma said it had made ‘significant investments’ in automation and training to improve quality systems at the plant, hired external consultants, and been updating the agency on the corrective measures it was taking.
But the letter suggests the company is still months away from getting its plant cleared by the FDA and the FDA could ban all drug imports from the plant if Sun Pharma fails to fix issues there.
The company has not received approvals for drugs it manufactured at the Halol plant since last September, which has hurt its sales in its largest market, the United States. The approvals situation will continue until it resolves all FDA concerns, the company said.
The warning to Sun Pharma is the latest in a series of FDA actions over the past year against drug manufacturing plants in India, which supply about 40 per cent of the medicines sold in the United States.
Dozens of Indian firms, including some of the country’s largest drugmakers, have faced warnings and bans over the past year, as the agency stepped up inspections of foreign manufacturing plants. Facilities of multinational firms manufacturing in India have also faced similar action.
Sun Pharma said it was cooperating with the FDA and ‘willing to undertake any additional steps necessary to ensure that the US Agency is completely satisfied with our remediation of the Halol facility.’
‘Sun Pharma has always ensured that its products are safe and effective and there is no doubt on the safety of our products in the market,’ managing director Dilip Shanghvi said in a statement issued on Saturday.
The company said it was taking steps to address the problems outlined by the FDA and that it would request a re-inspection of the Halol facility once it had completed the remedial steps. (Source: New Age)
2015-12-20
+Pharma Jogot
Previous 7 foods can help you get pregnant
Next Coffee could boost athlete’s performance 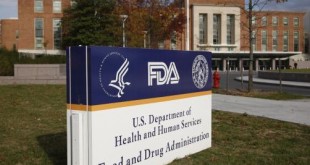