The Vice Chancellor, as the chief executive and academic officer, along with the Pro Vice Chancellor, runs the universities with the cooperation of the statutory bodies operate under the provision of the Statutes prepared within the framework of PUA 2010. The Registrar maintains the university records including admissions and Controller of Examination results and keeps liaison with Ministry of Education,University Grants Commission (UGC) and other relevant authorities.

NSU has the authority, under its Charter, to impart instruction and confer undergraduate and graduate degrees in all branches of arts, business and sciences, including engineering, agriculture, law and medicine. It also has the authority to grant diplomas, certificates and other academic distinctions. Currently, NSU offers Bachelor’s and Master’s degrees in 29 subjects (15 Bachelor’s degrees and 14 Master’s degrees). Additional programs including Ph.D.in different subjects are under preparation.

The university follows the North American academic system with all its distinctive features-semesters, credit hours, letter grades, one examiner system and so on. Its curricula, when first introduced, were reviewed by relevant departments of University of Illinois, Urbana-Champaign, and University of California at Berkeley, USA, and duly approved by University Grants Commission, Bangladesh. The academic programs are continually updated and adapted to meet the changing needs country. 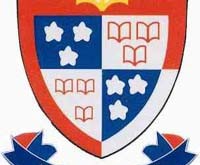