Medicine has come a long way since my first memory of interacting with a physician about 40 years ago.

Dr. Norman Barofsky was my pediatrician. He was as cantankerous as they came with the bedside maner of Idi Amin, but he was a fantastic healer. His personality deficits were easily overlooked, especially when he got me through pneumonia and every other infection I had as a child.

If the appointment didn’t end with me in tears, then something had gone wrong. There was a finger stick blood test with a lancet the size of a machete but twice as dull to determine I still don’t know what. Dr. Barofsky was a firm believer in rectal temperatures only, and I could swear I was given a shot of penicillin G in the tush through a needle with the gauge of an ice pick.

Indeed, each appointment with Dr. Barofsky was quite the traumatic experience.

My son’s experience with pediatric care over the past 13 years or so has amazed me. After 6 months of age, all temperatures were taken in his ear, and the only shots he ever received were vaccinations through needles the size of a safety pin. Sure, there is still the hernia check, but my son has a good sense of humor.

I could spend the next 7 columns about the advances in medical technology that I’ve seen, but what really impresses me most about physicians today is their demeanor.

Back in the early 1990s, when I started out as an intern, there was an eclectic mix of physician personalities. You would have sworn that some of them were paid for their horrible attitudes, but others spoke to me on a first-name basis. While some viewed my craft as strictly dispensing medications, others—especially medical students—saw pharmacists as the bastions of knowledge that they are.

Recently, my wife needed to seek medical care outside of the limited scope of Scranton, Pennsylvania. After a little research, we found a surgeon who we thought would suit our needs at Penn State Hershey Medical Center. Gerald Harkins, MD, walked into the exam room with a big smile on his face, surgical scrubs, and a Nittany Lion fleece. He introduced himself simply as Jerry Harkins.

Jerry saw the USciences logo on my hoodie and asked where it was. “It’s the old Philadelphia College of Pharmacy and Science.” After he discovered that I was a pharmacist, his reaction floored me.

“You’re a pharmacist?” he asked. “Man, you guys are smart. My wife’s a pharmacist. I married up.”

This was coming from a robotic surgeon. It kind of made me wish he signed my paychecks.

Jerry knows what he is doing and acts with the humility of a first-year intern. I will be placing my wife’s life in his care, and I feel pretty good about it. I have as much confidence in his humanity as I do in his hands. Frankly, all physicians should be viewed that way. (Source: Pharmacy Times) 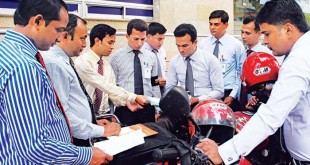 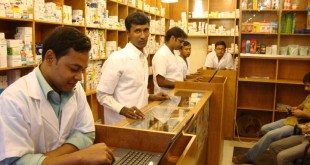